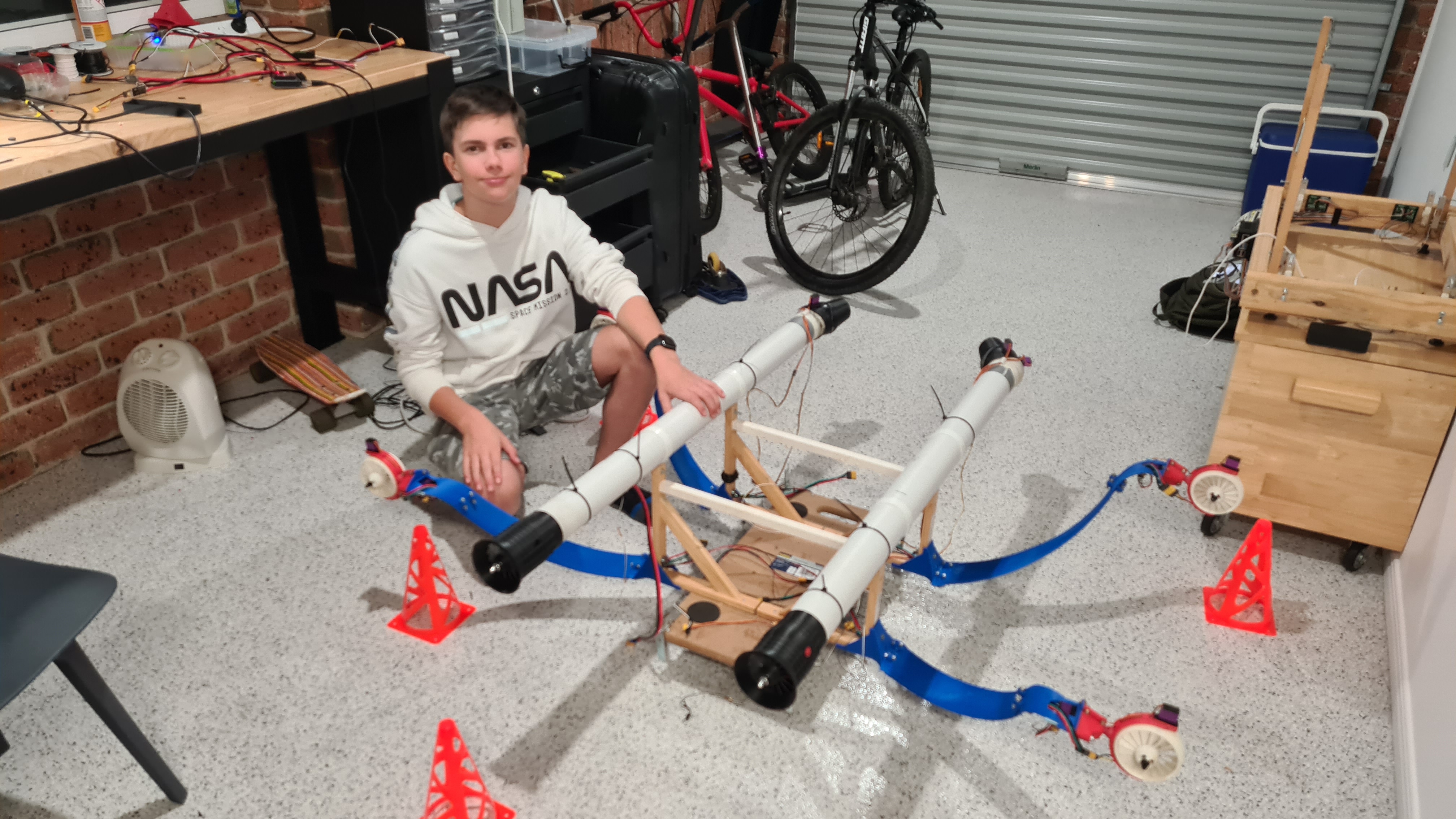 Jet-cart project is a culmination of our multiple projects including Thrusters, Gimbals, Propellers, Testing Rig and High-Capacity Battery ones. Started on its own in June 2021, its purpose was to allow design and testing of all our technologies developed in 2D, before moving into the 3D space. Project is now in its final phase where majority of goals were achieved, while there is still its potential for development in a future.

Project stretched over 6 months so far and all main goals were achieved:

While being included through the others, the Jet-cart development process has been captured mainly in following posts:

View all posts by Jan Bilek